Wise Way to Determine Time Deposit
Skip to content
Investing some of the funds they have is the choice of many people. Because it offers a fairly competitive profit compared to saving in savings. Various investment options can now be selected according to preferences and needs. One of which is deposits. Determine time deposit have advantages, one of which is a higher and competitive interest rate compared to savings interest rates. In addition, time deposits also carry a fairly minimal risk. However, of course, you still need to pay attention to the specified time deposit period so you don’t feel a loss.
The term of deposits offered for deposit at each bank is almost the same, starting from 1 month, 3 months, 6 months, 12 months to 24 months and so on. The longer the deposit period, the relatively higher the interest rate will be proportionately given. So that deposits are considered as a safe investment alternative with minimal potential for losses. 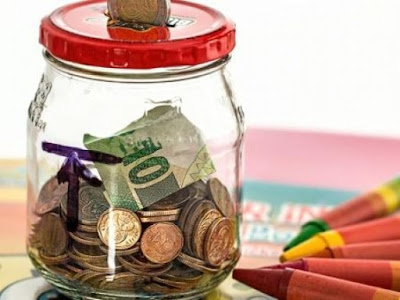 The longer the tenor, the bank will provide higher returns for funds invested in investors. In determining the time period, several things need to be considered. One of them is when the funds will be needed to be used again.
Read also: Advantages and Disadvantages of Deposits
Do not let, for example, that these funds will be used again within the next one year, but only three months are chosen. Of course the benefits will not be maximized. Or on the contrary, when the funds are to be used again in the next year, it determines a period of one and a half years, resulting in losses due to fines for disbursing funds before maturity.
If the existing funds will not be used in the near future, it is better to allocate them to several deposits with different maturities, which is called laddering. This strategy will provide advantages in the form of access to liquidity from part of the funds in deposits and protection from low interest risks.
The trick, for example, if the existing funds are 75 million. Then these funds can be divided by investing 25 million in deposits with a period of 1 year, 25 million with a period of 2 years, and the rest with a period of 3 years.
After one year, one of the deposits is liquid, then the funds can be withdrawn or can be reinvested in a period of 3 years. Thus, it will be profitable to get better liquidity. The interest rate is also better because it is spread over several periods and it is possible to get a higher interest rate from reinvesting.
So, whatever amount of funds you have, it should be managed wisely and appropriately. Managing finances wisely can be a more prepared planning of future needs and dreams. Especially if the benefits of investing in the form of deposits have been utilized early on. Deposit management is also important to learn. One of them is about determining the term of the deposit wisely, of course, to maximize profits.